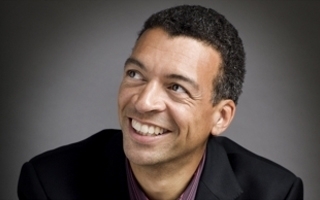 The recital lasts about 65 minutes and runs without a break. At the end of the performance there will be an interval, after which Roderick Williams will take part in a question and answer session. So have your questions ready!

Die schöne Müllerin (Op. 25, D. 795), is a song cycle by Franz Schubert based on poems by Wilhelm Müller. This great cycle has twenty songs which follow the story of a young journeyman miller who falls for the beautiful miller’s daughter.

Roderick Williams OBE is an international baritone who regularly sings at the Royal Opera House and gives recitals around the world. Williams was a choral scholar at Magdalen College, Oxford, and worked as a music teacher before training at the Guildhall School of Music and Drama. He performs internationally in a wide repertory, his roles include Don Alfonso (Così fan tutte), Eugene Onegin and Billy Budd.  Williams has performed in concert with ensembles including all the BBC orchestras, New York Philharmonic, Berlin Philharmonic, Orchestra of the Age of Enlightenment, Philharmonia Orchestra, London Sinfonietta, Britten Sinfonia and many orchestras abroad. His many festival appearances include the BBC Proms, Edinburgh, Cheltenham, Aldeburgh and Melbourne.

Williams’s recordings include several discs of English song with Iain Burnside. His awards include Singer of the Year at the 2016 Royal Philharmonic Society Awards. He is active as a composer and his compositions have been performed at venues including Wigmore Hall and the Barbican. In 2016 he was Artistic Director of Leeds Lieder. Although his main area of singing is opera although lately he has been developing further his love of lieder with his Schubert project.

Iain Burnside is a pianist who has appeared in recital with many of the world’s leading singers. Recent recordings include the complete Rachmaninov songs (Delphian) with seven outstanding Russian artists (“the results are electrifying” Daily Telegraph). Burnside’s passion for English Song is reflected in acclaimed CDs of Britten, Finzi, Ireland, Butterworth and Vaughan Williams, many with baritone Roderick Williams.

Away from the piano Burnside is active as a writer and broadcaster. As presenter of BBC R3’s Voices he won a Sony Radio Award. For Guildhall School of Music & Drama Burnside has devised a number of singular theatre pieces. A Soldier and a Maker, based on the life of Ivor Gurney, was performed at the Barbican Centre and the Cheltenham Festival, and later broadcast by BBC R3 on Armistice Day. His new project Swansong has been premiered at the Kilkenny Festival and will play in Milton Court in November.